You may ask yourself how to speak cat language. Is it easy? Animal behaviorists agree, it’s easy to understand dog to human communication. Dogs use body language and facial expressions that show their emotions. But, cats have an emotional wall and standoffish behavior even the biggest cat enthusiasts have difficulty understanding. Even when their humans keep a regular feeding schedule, cats don’t show the slightest interest in communicating, which baffles cat owners.

Cat-to-human communication research is a little known about scientific field of study and researchers say the food scenario is not a correct one. The scientific research team went beyond the I want food now scenario—once considered human attribution. Researchers now review the behavior differently.

Cat behavior specialist, Jonas Jurgella, believes owners don’t understand or misunderstand what their cats are telling them. In his presentation at an Los Angeles cat behavior conference, Jurgella discussed the growing belief, that cats express themselves as much as dogs do. He theorizes that owners misinterpret the behavior of cats due, in part, to the lack of research compared to dog behavior research.

If you are in doubt about understanding your cat’s language or how to speak cat language, here are some interesting facts researchers tell us about the cat-to-human communication.

People believe when a cat purrs, it’s happy – they’re only partially correct. Cats have happy purrs, but there’s a better explanation for cats purring. Content and happy cats purr, but they also purr when sick or injured.

It’s a possible plea, asking you to stay close to them; wanting your care instead of a sign of contentment.

Cat Language Bible author, Jonas Jurgella, says cats have nothing to express their need for help, so they purr. I’s as close as they get to telling a human, they need help.

Is the Cat Happy You’re Home?

You enter the house, and your fur baby rubs against you, wrapping its tail around your legs. Your first thought is, my cat is asking for something, and is possibly true. But the loving rub and tail hug means something more.

Jonas Jurgella, while studying feral colonies, observed that cats do not live a solitary life as people believe. Cats in the wild, or feral cats, stay in family units or groups.

Jurgella says cats in a feral colony, returning from the hunt, interact by rubbing against one another. They lay their tails on the backs of the other colony members, like the way humans hug each other. You see this behavior in cats as they reunite after being separated. This loving greeting found in the cat family unit crosses the species boundary, moving into the feline/human relationship. Jurgella says it’s the feline’s human language equivalent of “I’m glad you’re back, and I missed seeing you.”

It seems we ignore the expressions on our cats face since humans don’t believe they have them. Jurgella, working with cat behavioral issues, says it’s a wrong assumption. By watching your cat’s face, you can see if they are stressed or in pain by the tense facial muscles. When relaxed and happy, their face is relaxed.

Cat behavior specialist, Jonas Jurgella, and Cat Language Bible author, says the blink that is slow and long, is a gesture of acceptance. It means they like being near you and other cats. Jurgella says they don’t know why cats slow blink while feeling relaxed and calm. He says the response is automatic when the cat’s cortisol levels, or the hormones controlling stress, are low.

Cats talk to humans with meows. The surprising thing is, cats don’t communicate with each other in this way. Untamed cats are silent, with a communicative meow seldom occurring. Feral cats are silent, yet their domesticated cousins are the total opposite, getting boisterous, all hours of the day when they want our attention.

Author, Jonas Jurgella says, when listening to the meows of cats, we realize their language isn’t universal; it’s more like a secretive code. This unique code builds between owner and cat with little meaning to those outside this human/cat relationship.

In 2003, Cornell University behaviorists conducted a study of recorded cat meows. These were recordings of 12 different cats covering five different daily scenarios. They concluded that owners understand their cats well. They understand the messages cats are conveying through their meows, knowing the difference between a bored meow or a hungry one and understand other messages their cats send. Jonas Jurgella theorizes the varied meows are not a cat to human language, but rather an arbitrarily learned behavior for seeking attention.

How to speak cat language? Behavior experts believe cats communicate with humans as much as dogs do. But understanding cats takes more work than understanding dogs. 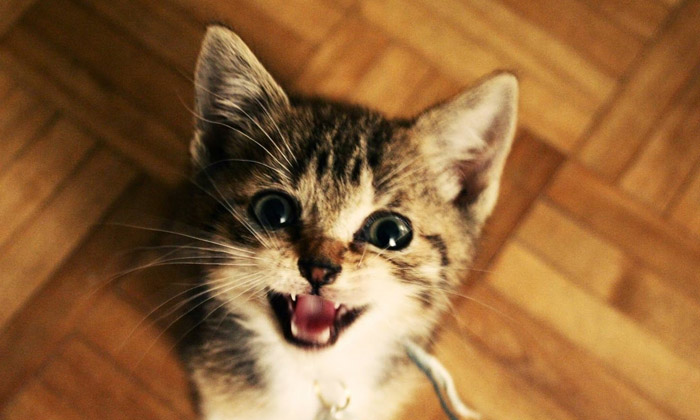 10 Reasons Your Cat Meows And its Translation 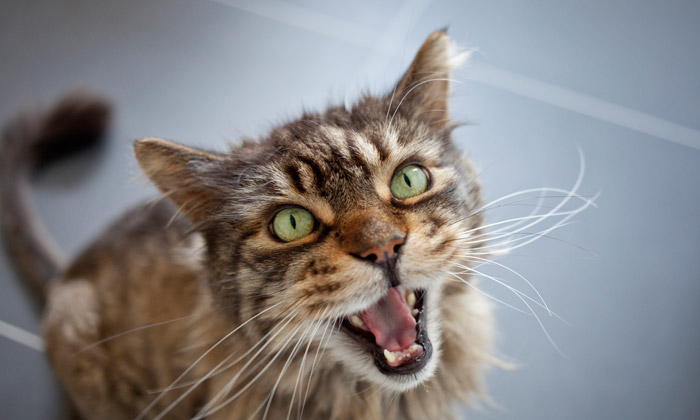 Cat Talk: Why You Should Talk to Your Cat 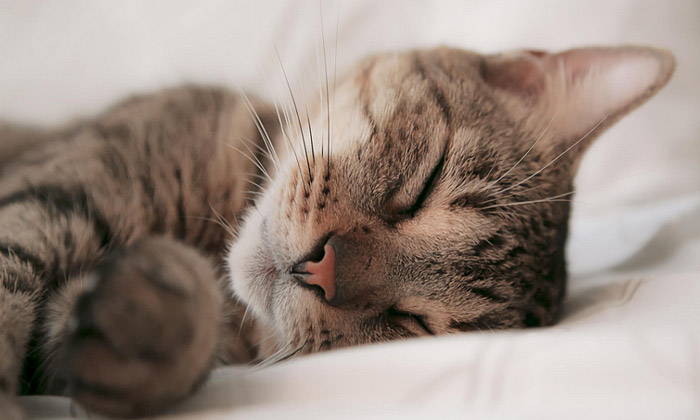 12 Cat Sounds and Their Meaning 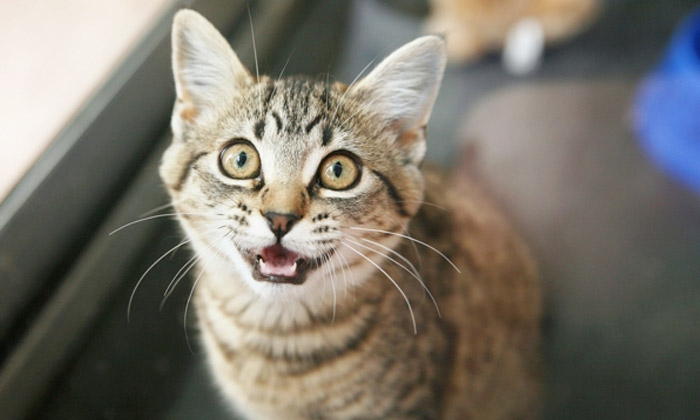 7 Reasons for Cats Meowing All the Time 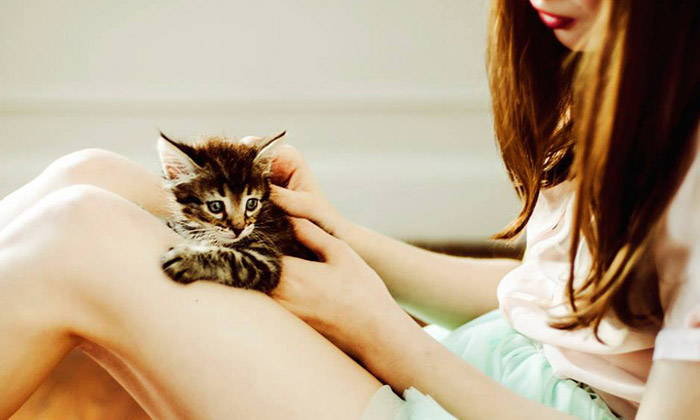 New Study About Cat Language - Best Way for Owner and Cat to Bond
Cat Spraying: How to Deal with Cats Who Mark Their Territory
Complete Guide to Cat Behavior and Cat Body Language