While cat purring is the most commonly heard sound, we know very little about its nature or why do cats purr. When your cat is curled up and getting warm in the sun, you may here a few purrs come from his way. Indeed, purring is a sound cats make when they’re happy. However, that’s not the only reason you’ll hear your cat purr.

How Does a Cat Purr?

The sound of a cat’s purr occurs on both her inhale and exhale, but the exact way it happens is still not fully understood and remains a bit of a mystery. For example, a cat that suffers an injury leaving it unable to meow, which is an exhale-only sound, can still purr. It’s believed that the opening and closing of a cat’s vocal chords by structures called the internal laryngeal muscles is what creates the purr. The movement of these muscles is known to be controlled by a neural oscillator in the cat’s brain.

Just like small cats can’t roar, large cats are not able to purr. However, large cats are not all roar. Tigers have a kind of low-frequency purr, which is a growl. This “purr” accompanies a roar and is silent to humans and prey animals. But this low purr can be felt and causes momentary paralysis.

Why Does a Cat “Paw” or “Knead” While She Purrs?

If you’ve ever noticed your cat paw or knead you while she purrs, it’s probably a holdover from when she was a newly

born kitten. Kittens are born blind and deaf, so the vibration of the mother cat’s purr helps them locate her. By two-days old, her kittens will start to purr back at her.

Kneading at their mother starts the flow of milk so they can nurse, which they often do while purring. So when your cat paws and purrs at you, it might mean she thinks of you as “Mommy.”

Is a Purr a Smile?

It would seem reasonable to assume that a purring cat is a smiling cat. Purring is usually associated with something that makes the cat happy, like being scratched behind her ears or playing with her favorite toy mouse. And neither cats nor kittens tend to purr if they are alone. But even people smile during times when they may not necessarily be happy, like when scared, angry or nervous. Believe it or not, it is not all that different with cats.

Although not all that common, a cat may purr if she’s in pain or scared. Some cat experts believe a cat may purr to communicate to other cats and people things like, “I need comfort” or “I’m no threat.”
But if your cat rarely, or never, purrs, don’t worry. She’s not depressed or unhappy. Some cats just don’t purr. It’s not unusual in homes with more than one cat for the alpha, or dominant cat, to not purr as a sign of being in control. The other cats may purr, though, to show respect for the alpha cat.

Making you feel better after a stressful day isn’t the only healing properties a purr can have. Some scientists suggest that the frequency vibration of a purr, between 25 and 150 hertz, increases bone density and can encourage healing. This stands to reason since cat bones heal faster than other mammals. Using a similar frequency of vibration can even help humans heal faster.

And as soothing as a purr is to you, it is the same to your cat. If your cat is ill or injured, she may purr as a way to calm herself down so she can get better sooner.

Could you swear that your cat’s purr sounds different sometimes? Is the purr that you love when you play or snuggle annoying when you hear it at 4 AM? According to Jonas Jurgella, cat behaviorist, this is because your cat is, in fact, purring differently and on purpose. In his renowned book The Cat Language Bible, he explains that 4 AM wake-up call purr has an irritatingly high frequency that is meant to tell you your cat is hungry and wants you to get up to feed her. Jurgella calls it a “soliciting purr”, and has likened the frequency to that of a crying human baby.

Can Purrs Be Inappropriate?

Yes. Since we’ve seen that cats may purr to soothe themselves, or speed healing, you might want to pay attention if it seems your cat is purring for a reason that is not obvious. It’s not all that common, although it can be confusing. As a pet parent, it’s another way to take good care of your furry baby.

Inappropriate purring can be a form of communication, whereby your cat might be trying to tell you she may need you for more than food or a scratch. It could be injury, illness or just old age. Or she may be frightened of outside noises, like a thunderstorm or fireworks. She is effectively drowning out the frightening noise with the sound of her purr.

A female cat giving birth often purrs as a way to calm herself and her kittens, rather than because she’s feeling content about the birthing process. It is a form of self-protection that is unique.

Keep in mind that inappropriate purring isn’t all that common, and usually accompanies other symptoms or signs that something might not be right with your cat. Things to look for are accidents, increased aggression or decreased activity level, or strange behaviors. She may even just get far more vocal than she usually is. It’s not a cause for alarm, but can be a warning that you need to investigate further. A trip or at least a call to the vet may be all it takes to get to the bottom of it and make you and your cat happy again.

More times than not, the melodic sound of your cat purring is her way to tell you she loves you and that she is content. It is something that you should enjoy, but understanding exactly why she purrs and when goes a long way to maintaining a happy relationship and a healthy cat.

Why Do Cats Purr

Sometimes cats will purr to communicate emotions other than content. But why do cats purr? When you hold your cat and he purrs is it because he’s enjoying it? Or could it be because he’s anxious?

Despite the ambiguity of most purrs, enough research has been gathered to allow you to make an educated guess that considers the situation at hand.

If your cat appears to be comfortable, resting on her back with her eyes half-closed and a generally stiff tail, it’s fairly likely she is happy. If cats purr it’s her way of flashing you a smile.

He’s Hungry or Wants Something

Just like a baby crying for food, cats purr when they are hungry. British researchers have showed that the purr of a cat when it is hungry versus when it isn’t, sound different.

When your cat is purring because he wants food, his purr will sound like a combination of his normal purr, mixed with a troublesome cry/mew. It is believed that humans will hear this sound and react quicker than a normal purr. Even non cat owners would be able to hear the difference in a hungry purr and a content purr.

Cat Purring is a natural instinct for cats, and they begin to purr at just a couple days old. It is a believed to be a sound they make to tell their mother they are doing okay. It is also a way for a kitten to bond with her mother. Similar to a lullaby that a human mother would sign, cat mothers purr to their kittens.

As a way to make them feel better when in distress, cats often times purr to themselves. Despite the energy they must put into the purr, it’s a way for them to soothe themselves, just like how a child would suck their thumb.

Albeit, some research has suggested that cats purr to heal themself, as the low frequency of said purr releases vibrations into their body that is said to

These properties of cat purring may account for the ability of cats to fall from high altitudes with little injury.

Hearing your cats purr will not be the only sound. Did you know that cats know more than 20 different sounds?
Thankfully this knowledge has been collected in an amazing book. Have a look at the Cat Language Bible. 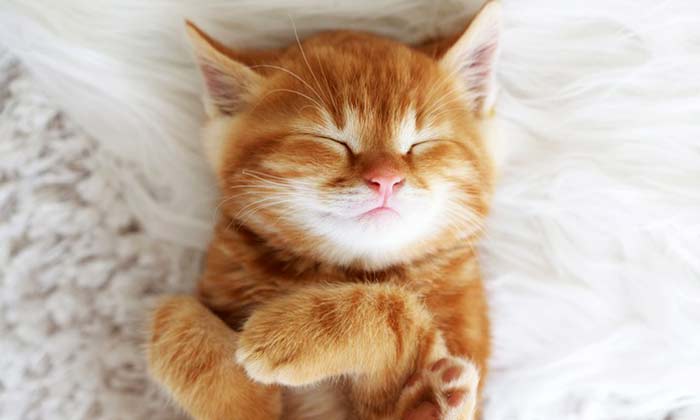 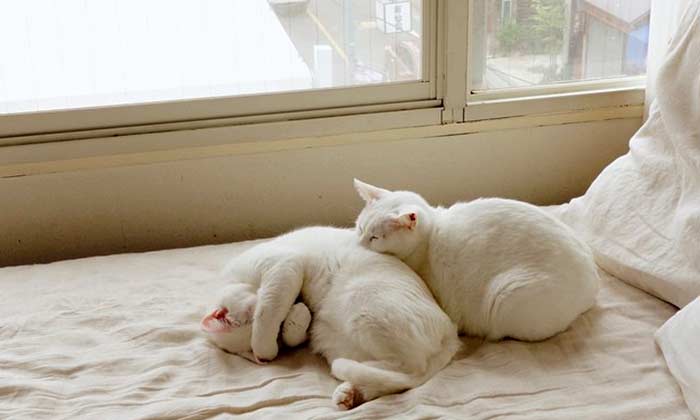 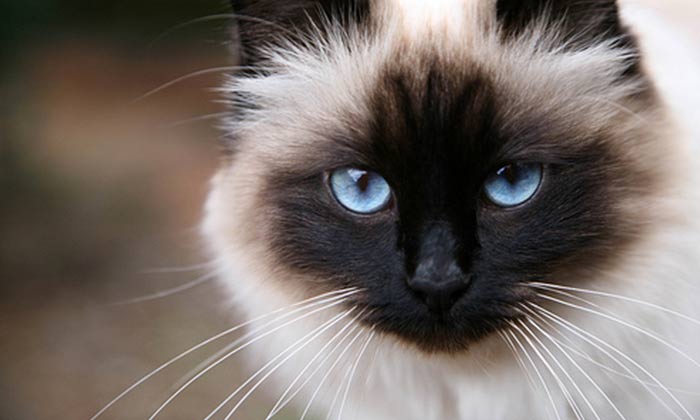 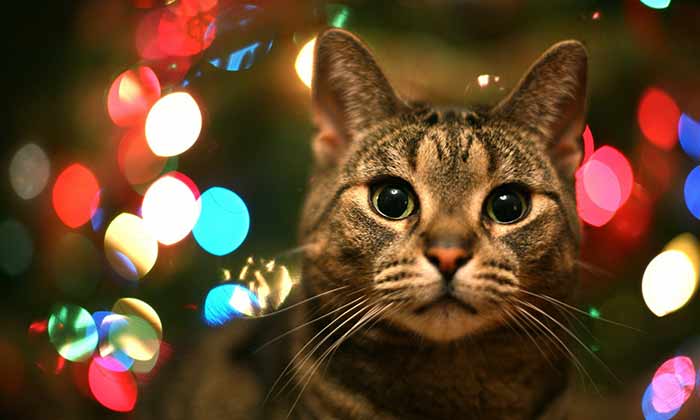 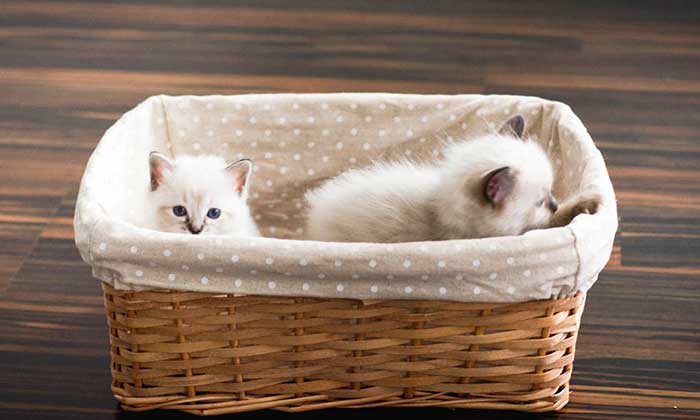 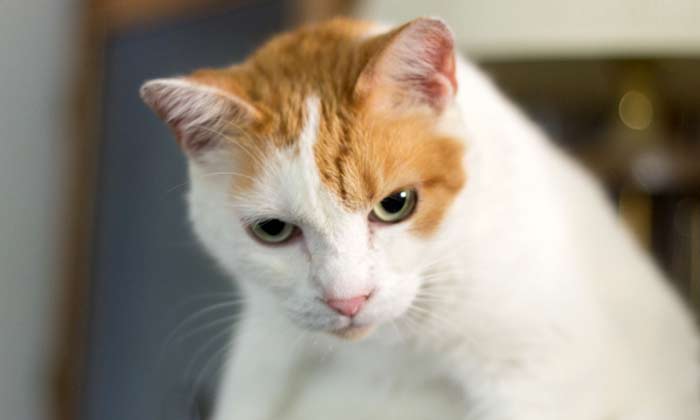 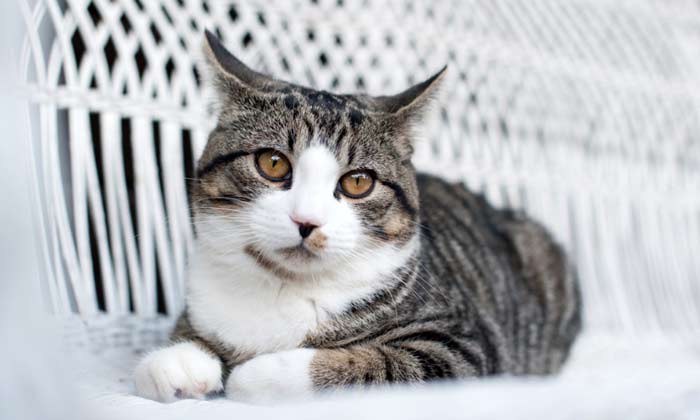 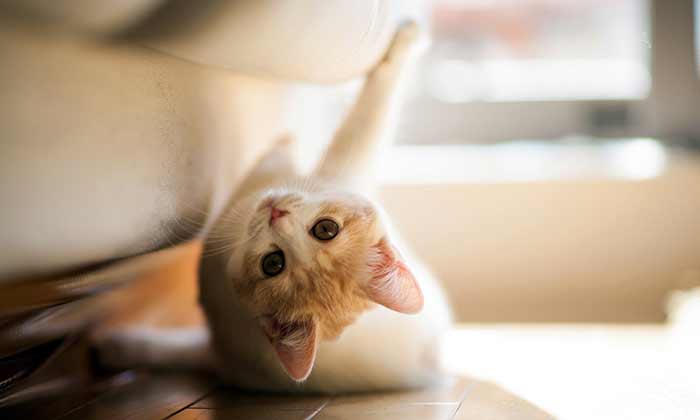 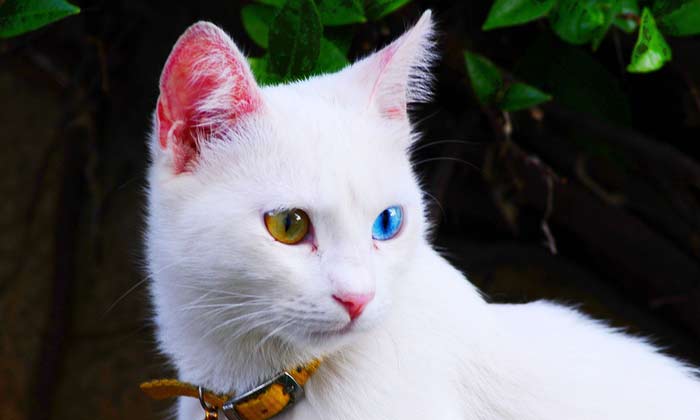 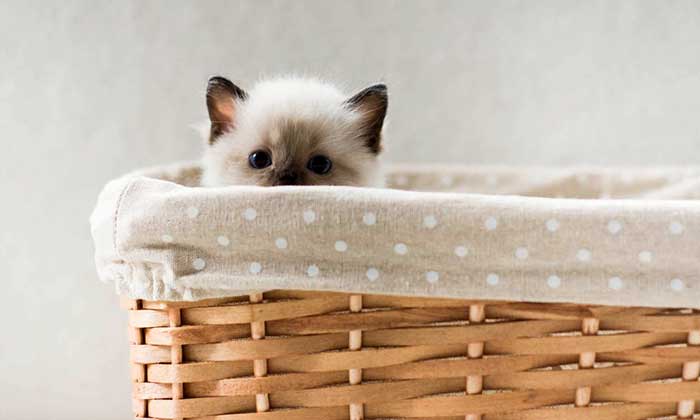 Eliminate Cat Urine Odor - How to Get rid of Cat Urine Smell
Cat Toilet Training: How to Litter Box Train a Cat
Catnip for Cats: What Does Catnip Do to Cats