Eye contact is one of our most intimate means of communicating, specially with cat eyes. We can accurately read another person‘s emotions from a glimpse. Of course, cats experience this differently. What can make us feel acknowledged or seem more agreeable, cats find intimidating. This is understandable once we consider their natural instincts.

Cats are keenly aware of their environment. When they sense they are being watched, they pause to evaluate the threat before continuing, often with an added element of suspicion.  Thus, direct eye contact will be deciphered as intimidating, if prolonged it can make them feel uncomfortable.

For this reason, cats often attempt to resolve disputes by staring their opponent down. Belligerent staring becomes a struggle of willpower. Likewise, if cats are attempting to shred each other, it can be stopped quickly by constraining their field of vision with a coat or blanket. Unable of seeing a threat they become calm and continue on their way.

This gives insight as to why some cats have a tendency to approach people who may not like cats when entering a room. It’s an experience many of us are familiar with – a group of friends has gathered and the cat, looking for food or attention, enters. Without thinking those who like cats will attempt to attract its attention. However, this behavior often has the opposite effect. Weary of approaching what they see as a potential threat, it is most likely your cat will approach someone who is attempting to ignore them. As they are not attempting to dominate the cat, they pose less of a threat.

That aside, not all cat eyes contact is bad. Have you ever wanted to give your cat the feline equivalent of a high-five? By blinking slowly and with exaggerated intention, while maintaining eye contact, you can use “blink kissing” to put cats at ease. The break in your gaze conveys a message of ‘I’m not a threat; it is ok to trust me‘. Many cats will even return a blink kiss, while others become self-conscious and react by nonchalantly grooming or fleeing.

While many may claim that blink kissing can increase the bond between you and your cat, I would advise you to take this with a pinch of salt. As often as not a cat will refuse to return your affection or even flee. I guarantee you it’s not because your cat secretly hates you, but they would most likely wish you’d economize on the direct eye contact.

Cat’s directly focused their gaze only on things that are fully occupying their attention, such as a potential food source. You may have noticed how often you cat will stop to scan with their cat eyes their environment, taking in information through their incredible peripheral vision.

With each chirp, yowl, or even wink, cats are saying, ‘hi‘, ‘I’m going to sit on you‘ or ‚scram‘. For the growing number of people who want to connect with their aloof companions experts claim there is something to be gained from such attempts to communicate. As cats are highly independent creatures they are often misunderstood. Below are a few pointers that should help decode the enigma of cat’s ’speech‘– specifically through the gaze – by letting you interpret what message they are attempting to impart. As for what all those cries and swishing tails mean…well that lies slightly beyond the scope of this post!

Cats communicate heavily through their gaze. The direction of their vision will lead you to the object of their attention. But gazes vary. Some are laser intense while others seem loose and nonchalant. When your cat stares blankly at you, are they feeling angry or are they making a demand? Either option could be true. While a steady gaze and stiffened body posture might signal aggression, the same focused look may solicit attention from a relaxed, purring cat.

What cats mean can be interpreted from the situation of the eyelids and dilation of the pupils. These messages can vary from the subtle to obvious and can hold a lot of meaning.  Cats don’t need to vocalize to convey this, though the intent is often reinforced with tail movement, ear positions, and raised fur.

Any strong emotional simulation—anger, excitement, fear, and so on —can result in the swift contraction of the cat’s pupil to just a slit. You can see your cat’s pupil contract when bestowed with a bowl of favorite food, or a new toy. Other times, their eyes may do this when startled by the presence of an unknown cat.

When alert cats open their eyes wide. By exposing wide-open cat eyes to potential harm, can this can be a sign of deep trust. For example, cats that rub against your face or do the same to other friendly animals indicate trust, as well as deeply felt affection.

An unblinking stare from a distance can be a sign of control, dominance, or even aggression. Often people don’t recognize this covert behavior, which can be used to control access to resources in multi-cat households. By simply using an unblinking stare, a single cat can ward off the others from approaching favored toys, food bowls, or other important territory.

A slit-eyed look indicates strongly felt emotion— often fear or aggression. Squinting can also potentially protect cat eyes from the claws of an opponent. It is best to avoid locking eyes with a cat you are not acquainted with, or you may unwillingly provoke an assault.

A relaxed and trusting cat has heavy, sleepy-looking eyelids. Try sending a “kat kiss” to your distant pet—meet their gaze with a relaxed gaze of your own, and slowly “blink.” If they return the blink, you’ll know they hold you in high regard!

Meaning behind the cat’s pupils

While a cat’s eyes can communicate how they’re feeling, generally they transmit just one part of an overall message. When reading a cat’s eyes, be sure to keep external factors in mind. While a cat’s pupils dilate or constrict based on how they‘re feeling, they may simply be reacting to the light.

Many people have difficulty bonding with cats because they don’t communicate in ways that cats understand. What is so intriguing about a cat’s gaze, especially pupil contractions, is that the feelings they convey are never black or white. Consequently, it’s important to keep your cat’s body language in mind to understand how they are feeling and to have more success sharing affection with them. 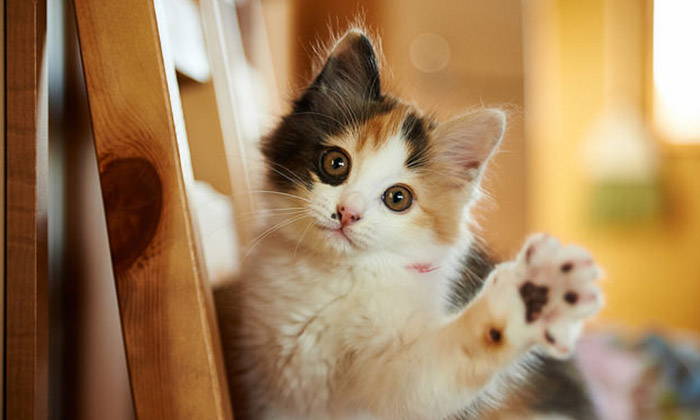 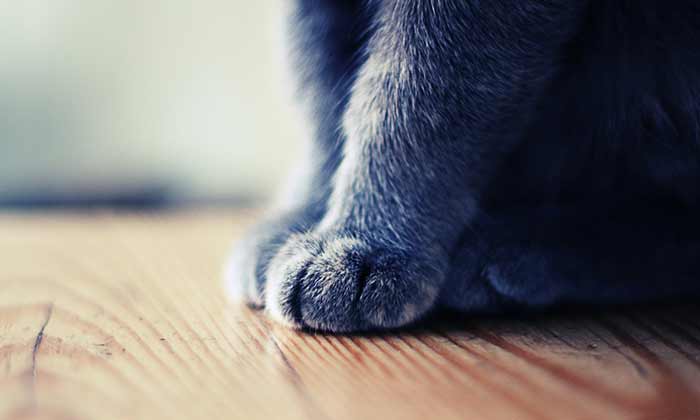 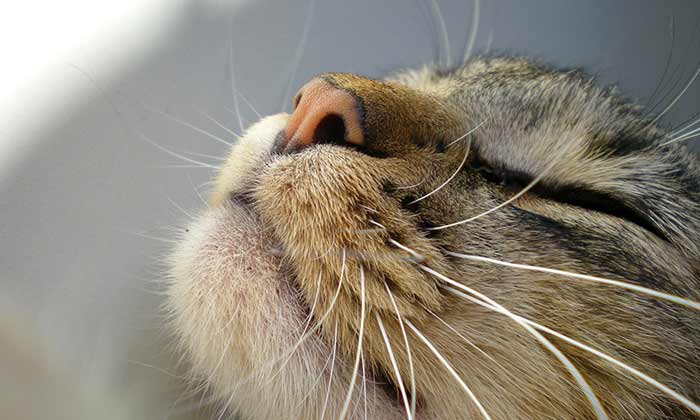 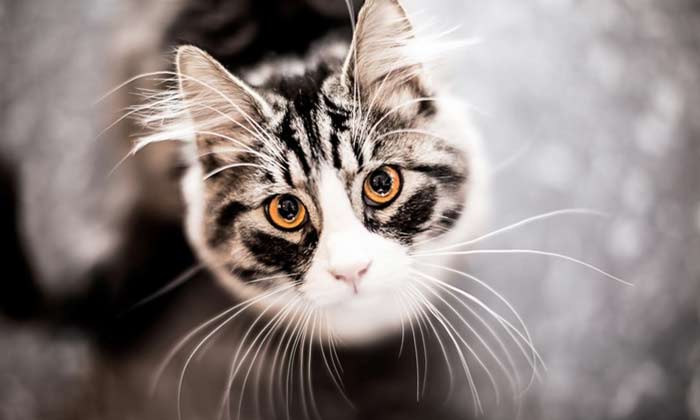 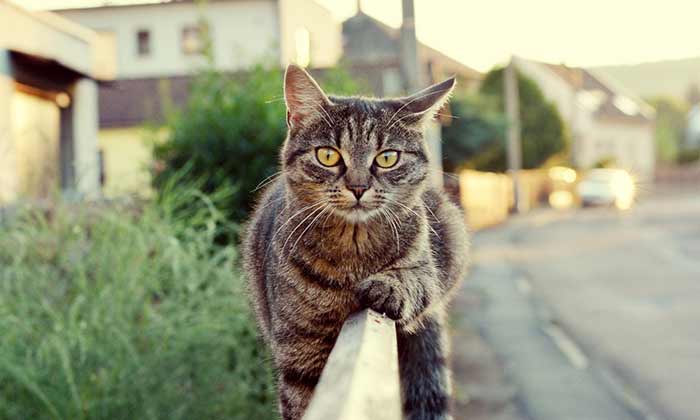 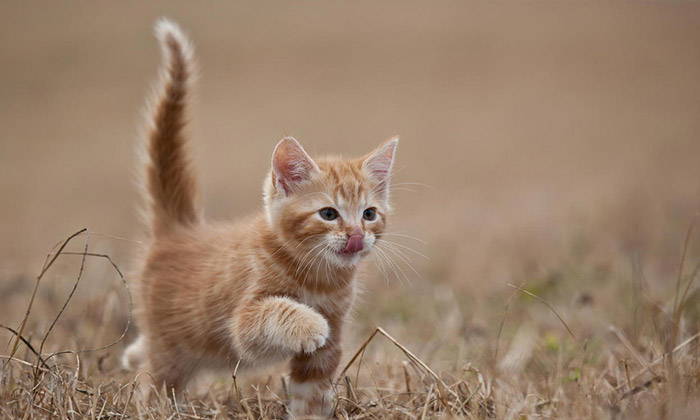 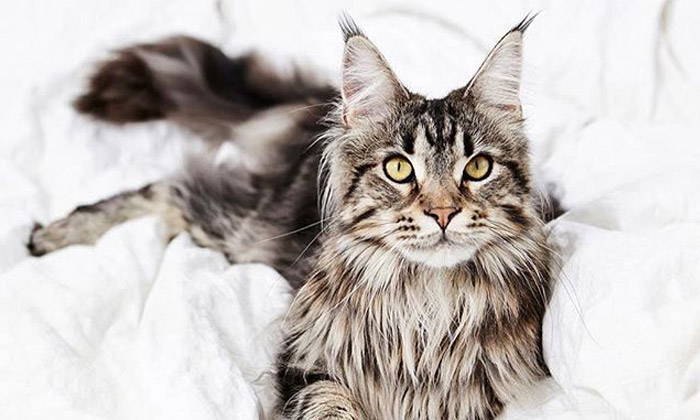 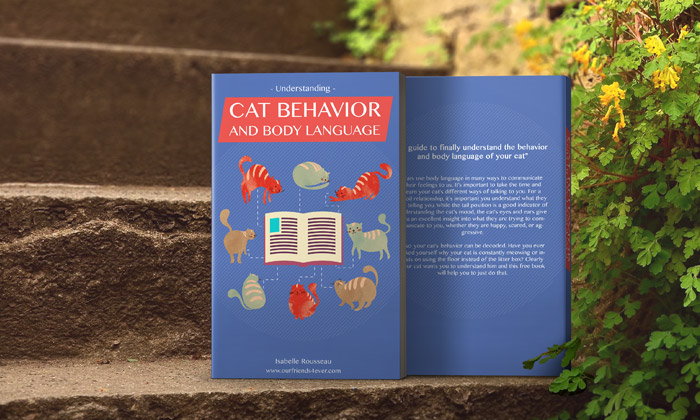 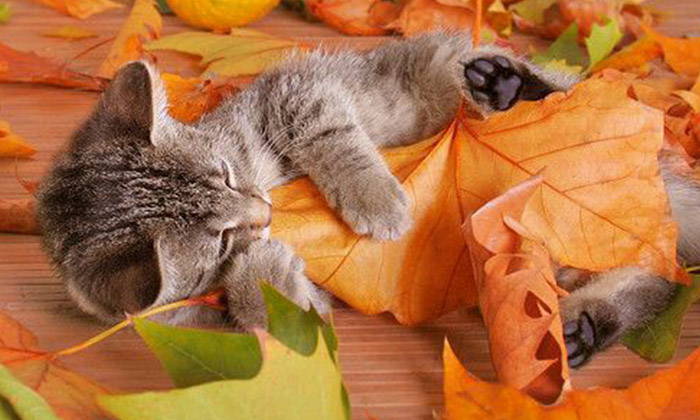